As 2022 began, there were at least 36,000 pieces of human-generated debris larger than a grapefruit in Earth orbit, and millions smaller than that. “High Mass Debris in High-Low Earth Orbit” (HMDHLEO) consists of roughly two thousand mostly intact derelict rocket bodies and spacecraft left in space by Russia, the U. S., China, France, the European Space Agency (ESA), Japan and India, before the commercial space era began. These government-owned objects, each weighing between one and ten tons, share similarities which make them amenable to consideration for remediation purposes as a single class or “market”, distinguishing them from other types of orbital debris or cross-border terrestrial pollution on Earth. Clusters of these objects litter a few specific orbital shells mainly between 750-1500 km in altitude. They will stay in orbit for hundreds or thousands of years, slowly drifting (at very high speeds) through heavily populated lower orbits before re-entering Earth’s atmosphere.

Each time one of these very real high mass objects collides with another derelict or with a functioning satellite, as is forecast to occur within the next few years unless remediation takes place, thousands of lethal fragments will be spawned, further endangering and increasing the cost of operating in space for everyone, for any purpose. These objects (or their conjunctions) have been specifically identified and are even roughly ranked in terms of the threat they present. Although most of them are Russian, just seven governments share responsibility for these most dangerous objects. In fact, emerging remediation technologies being developed today within a few of these governments are designed around the physical characteristics and orbital proximities these objects share. ...

Despite this clear and imminent risk, no remedial action has been planned or taken, and none is forecast in the foreseeable future, due to a variety of legal, political, national security, economic and funding hurdles. Planning, once begun, will take several years before missions are possible, but future forecast collisions may not wait!

Separate national remediation programs, limited to one’s own objects, will be unable to efficiently and effectively reduce the overall risk these objects threaten to our collective future in space. Moreover, fault-based (“polluter pays”) arguments rest on a flawed premise, both factually and legally, and will fail to motivate widespread remediation.

To successfully overcome this threat, international cooperation will be necessary, based on future opportunity in space instead of past fault. Cooperation among the three principal stake-holders for HMDHLEO, Russia, China and the United States, but also including France, Japan, India and ESA, enabling cost and risk sharing among the seven governments responsible for HMDHLEO, will make remediation affordable. But how can enemies join hands to achieve the shared objective of safe and sustainable space?

Born in 2019 as a Texas LLC, and now with partners in Russia and China, TCTB is a multi-jurisdictional Non-Governmental Organization (NGO) dedicated exclusively to planning and facilitating cooperative remediation of HMDHLEO among stake-holding governments before the next collision. (TCTB was recognized as an NGO by the United Nations Economic and Social Council (ECOSOC) in January 2022.) TCTB is an acronym for “Three Country-Trusted Broker” which describes its business model in a few words. It would ally stake-holding governments to a shared purpose through separate but interdependent “prime” planning contracts with TCTB, or under a single planning contract with the United Nations “back-funded” by participating governments. Cooperation would be achieved through agreement on common principles (e. g., cost, risk and information sharing, legal consent, preservation of sovereign prerogatives, dispute resolution and procurement mechanisms) contained in each contract. TCTB would facilitate and lead cooperative planning, and could then engage and manage competitively selected remediation “subcontractors” using pooled funding legislatively authorized by each participating government. Governments would participate through “firewalls” inside TCTB designed to protect sensitive or proprietary information embedded in the debris targets or remediation technology. TCTB would engender trust among governments through transparency and local presence. TCTB’s private-public arrangement is portrayed below. Depicted as a three-country structure, other governments could be added.

TCTB has published a road map to guide cooperative planning among stake-holder governments, which is found in a series of papers contained within the “Library, Key Documents” archive of this website. The papers provide more detailed descriptions of the “Trusted Broker” model (think Red Cross or international mediation), the planning process, a cooperative methodology for object selection, and cooperative principles in the form of draft contract clauses. The papers also explain why international cooperation is necessary to effectively reduce risk, and why cooperation through an NGO is best. The “Library” also includes a number of relevant documents by other authors, grouped by topical archive, that are helpful in explaining the current predicament and possible solutions to consider.

To bring its plan to life, TCTB submitted formal contracting Proposals to China, Russia and the U. S. in May, 2019, which can be found in the “Library, Key Documents” archive. Information about TCTB’s founding partners in China, Russia and the U. S. are provided in the “About” and “Contact” sections. A number of key questions about remediation and TCTB are answered in the “Frequently Asked Questions” (FAQ) section. The website also contains secure areas for protection of sensitive governmental or proprietary commercial information that will be used during planning or remediation activities, and which will contain “prime” contracts with governments (“Country Area”) and “subcontracts” with remediators (“Subcontractor Area”). To that end, the “Country Area, Common Contract Clauses” subsection contains full text drafts of Cooperative Principles which, when negotiated with governments, will be contained in each of those contracts. These Cooperative Principles will ally participating government stakeholders to the shared purpose.

In addition to continuing and broadening ongoing national remediation efforts, timely cooperation among stake-holding governments will be necessary to meet the existential challenge of HMDHLEO, but any cooperative formula must overcome legal, policy and economic hurdles, retain sovereign prerogatives, and serve the best interests of each participating government without getting bogged down in political or bureaucratic entanglements. Where the only common ground among the three key protagonists today is a desire to reduce risk in space in order to better fulfill their respective (and conflicting) national destinies in space, TCTB is the best alternative. TCTB can be engaged to begin cooperative planning today under a single United Nations contract or under separate but equivalent domestic contracts with each participating government. No changes to international law would be required. 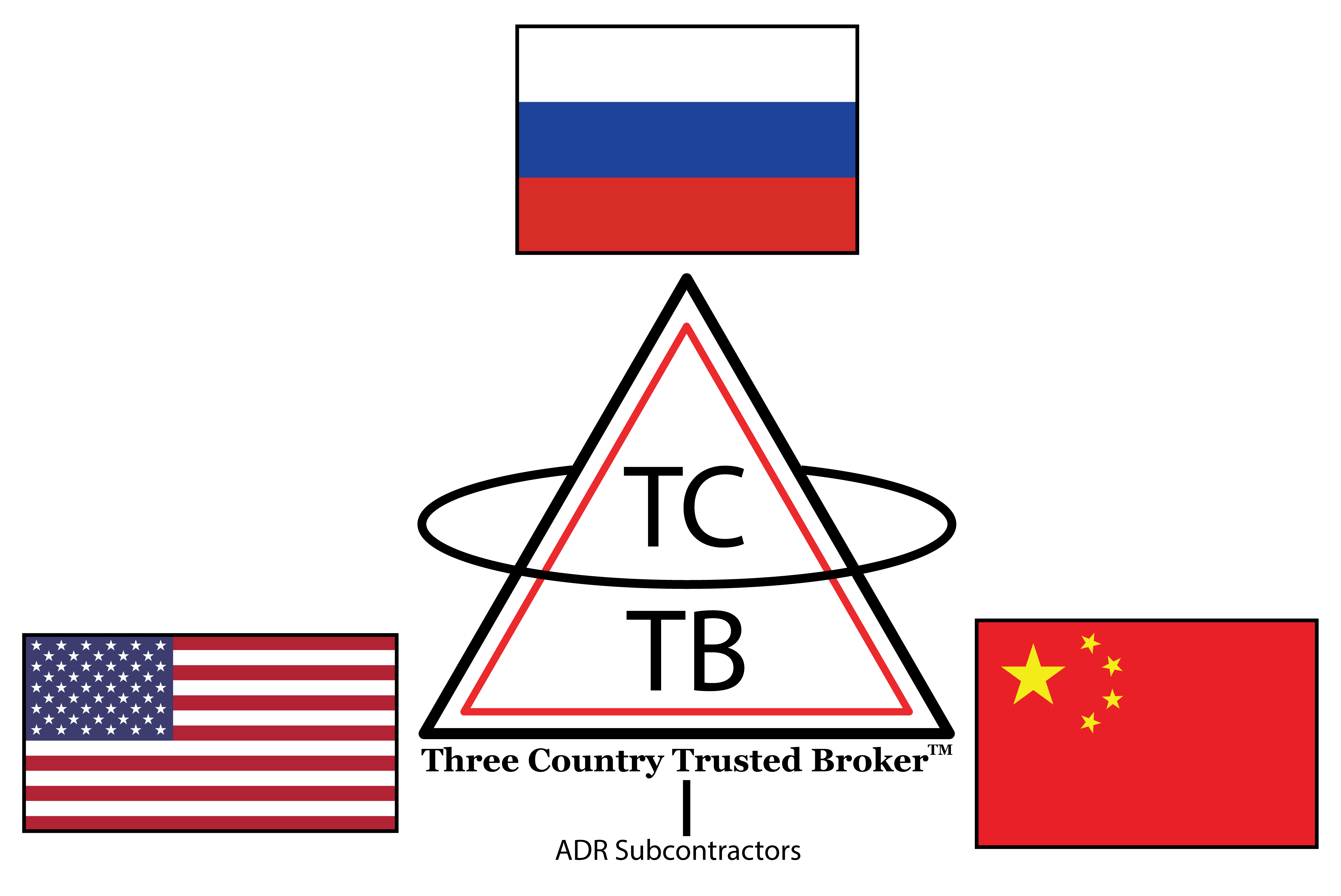